On 30 May, 2020, Emu Park’s unique monument, the Singing Ship, turns 50 years of age. During the last half-century the Singing Ship has grown to be the celebrated symbol of Emu Park, the Capricorn Coast and the wider Capricorn region.

The Singing Ship has its origins in 1969 with a competition run by the local Capricornia Captain Cook Bicentennial Committee, that was designed to select a project to commemorate the passage of Captain James Cook and his ship, the Endeavour, through Central Queensland waters in 1770. When the results were announced the competition had joint first prize winning projects: the Lions Club of Yeppoon for a holiday camp on Great Keppel Island and artist, Peggy Westmoreland’s for her Singing Ship monument.

It was obvious that the holiday village could not be completed in time to be open for the national celebrations of the Bicentenary of Cook’s visit so it was put on hold and all effort directed to finding a site for the Singing Ship. After a bit of argy-bargy, a suitable site was decided as the hill in Emu Park variously called Constitution Hill, or Churchill’s Lookout, a spot that overlooks the whole of Keppel Bay and all its islands.

Peggy Westmoreland had, as part of her design, an acoustic component of the monument that would ‘sing’ as the wind blew across it, in the same way the wind sounds as it passes across the top of an open beer bottle. But other than a small plaster model, there were no construction plans, no engineering drawings, no acoustic design, not even a proven construction method with which to make Peggy’s design a reality.

To the rescue came a remarkable team, concrete worker and builder of the Singing Ship, Steve Kele, his wife Isabel and their family business, engineer David Thomas, and acoustic physicist, George Cain.

Between November 1969, when the site was finally decided, and when the Ship was opened as the centrepiece of the local celebrations of Cook’s voyage, six months later, a huge amount of work was done.

First was the engineering, which also involved deciding on a construction technique – building a chicken mesh shell over the required amount of fixed steel reinforcing bar. This shell was smoothed by hand (and by eye) with the entire spire space inside it filled with concrete mixed in a small cement mixer at the base that was hoisted by hand, bucket by bucket.

The vast majority of the concrete work was done by Steve and Isabel Kele and workers in their family company. A great debt is owed to them, that is honoured, in part, by the naming of the park in which the Singing Ship sits – Kele Park.

Meanwhile George Cain used experimental methods that were both orthodox (laboratory wind tunnel) and unorthodox (recording sound made by different lengths of pipe held vertically in the back of a ute at different vehicle speeds) to tune the pipes to ‘sing’ in the breeze.

The final coats of epoxy were applied, painted stones placed around the base, and an official plaque installed, with days to spare before the official opening on 30 May, 1970. It is interesting to note that the Singing Ship was ‘launched’ more than three years before the opening of the Sydney Opera House, the building with which its design is often compared.

The Singing Ship is a proud symbol of Emu Park and of what can be done when local experimental design, technical innovation and hard work come together with common purpose. 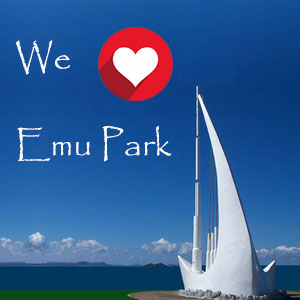 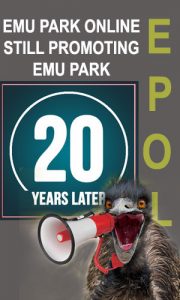